Good morning. Here’s your Daily Situational Awareness for Wednesday, 01 December 2021. You can receive this daily briefing by signing up at https://forwardobserver.com/daily-sa

GPR: DoD’s recent Global Posture Review, a document that sets the foundation for the National Defense Strategy, revealed no effort to counter China’s hegemonic rise in the Pacific. Instead, the review made a point of emphasizing the need to maintain a status quo positioning of U.S. forces around the globe. (Analyst Comment: This, in combination with statements from the White House and National Security Council that the current administration wants to “cooperate while competing” with China and seeks “managed competition” in the Pacific, is indicative of a no decisions, no changes, no sense of urgency, no creative thinking type mentality. The Defense Department appears to be reticent to increase the U.S. troop presence in the Western Pacific to counter China despite internal warnings from intelligence agencies. – M.M.)

SHUTDOWN: Democrats and Republicans in D.C. are trying to avoid a partial government shutdown on Friday if a funding agreement isn’t reached. Last night’s talks over a continuing resolution will continue today. For now, a group of Republican senators is demanding that Democrats remove government funding to enforce vaccine mandates. (AC: A federal judge ruled against the Biden administration’s vaccine mandate plan, and has temporarily halted enforcement for workers in 10 states. GOP members ask why fund something that’s been halted in the courts? At least for now, Senate Minority Leader Mitch McConnel (R-KY) downplayed the risk of a shutdown. – M.S)

BIG CITY PRESSURE: Goldman Sachs CEO David Solomon warned New York City officials that the city’s future as the hub of global business is “not guaranteed” due to high taxes, cost of living, and a growing lack of incentives. (AC: The shift from a U.S.-centric, unipolar world to a multipolar world means that prestige and opportunity is being spread around to other countries, such as China. In terms of U.S. decline, this is a “shot across the bow” warning that doesn’t just apply to New York City. High cost of living, crime, and societal ills affecting the Bay Area, California has pushed startups not only to other states but to other countries entirely, which harms American competitiveness. For their part, Goldman Sachs is expanding its offices in low tax states such as Texas and Florida, in addition to China — a sign of things to come. – M.S.)

FRANCE: French political personality Eric Zemmour announced his bid for president in 2022. He is considered deeply polarizing in French politics, particularly for his views on Islam, immigration, and desire to preserve the culture of France. “I have decided to ask for your support to become president, so that our children and grandchildren won’t know barbarism, that our daughters won’t be veiled and our sons under submission,” he announced yesterday. (AC: Zemmour must first unseat National Rally’s Marine LePen, the leading right wing populist politician, before advancing to general elections in April 2022. Populist victories across Europe will likely embolden the right wing populist movement in the United States as they focus on a national and cultural identity. The impact of inflation, rising crime, energy prices, governmental expansion, and weak national leadership creates a prime socio-political environment for right wing populists in 2022 and 2024. -D.M.) 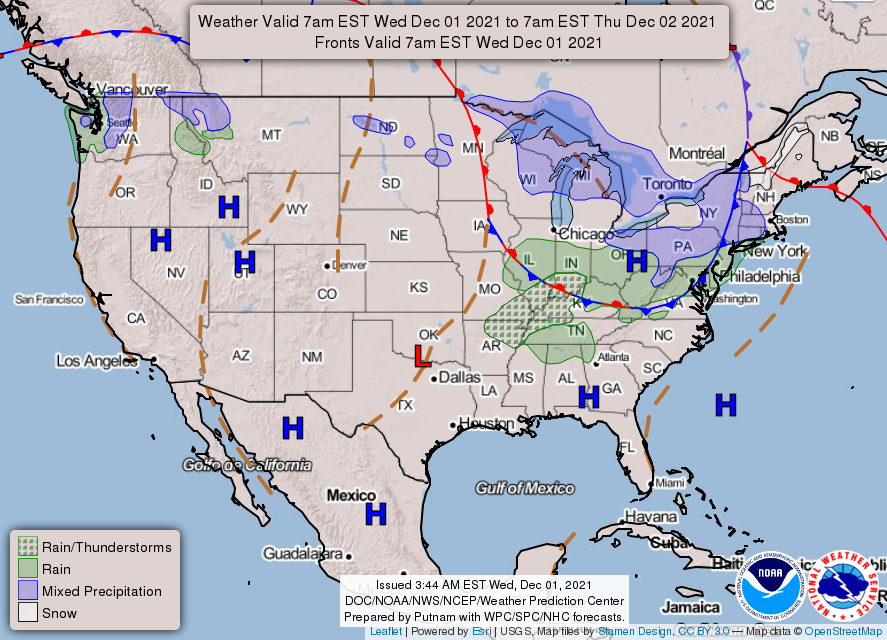