Good morning. Here’s your Daily Situational Awareness for Tuesday, 30 November 2021. You can receive this daily briefing by signing up at https://forwardobserver.com/daily-sa

DC STATEHOOD:  Rep. Eleanor Holmes Norton (D-DC) will introduce a bill to remove the Government Accountability Office’s (GAO) oversight of Washington D.C. The Congresswoman introduced 18 separate measures to create a “fair and equal D.C.,” adding that the “GAO does not have general authority over states and cities, and therefore should not have such authority over D.C.” (AC: More than 50 lobbying organizations support D.C. statehood. Democrats may back these renewed statehood-lite proposals, fearing a substantial loss in the midterms. The proposed statehood measures, which include Puerto Rico, would almost certainly become more popular among Democrats if the GOP retakes the House and Senate in 2022. – D.M.)

INFLATION: Federal Reserve chairman Jay Powell is set to tell the Senate Banking Committee that the new Omicron variant of COVID could keep inflation higher than previously expected. “[I]t now appears that factors pushing inflation upward will linger well into next year,” according to Powell’s prepared statements. Treasury Secretary Janet Yellen is also set to again warn the committee that a debt default would “eviscerate our current recovery.” (AC: Fed officials are preparing to raise interest rates in response to higher inflation, which risks slowing down the economy. Readers can find additional details about this risk in the 26 November edition of Economic Early Warning. – M.S.)

PLAAF: Over the weekend, China’s PLA Air Force (PLAAF) conducted a complex multi-aircraft training exercise into the Taiwan Air Defense Identification Zone (ADIZ) south of Taiwan. The exercise force included 18 fighter aircraft, five H-6 nuclear capable bombers, two Y-9 electronic warfare aircraft and a Y-20 aerial refueling aircraft. This is the first major exercise which demonstrated a PLAAF aerial refueling capability. (AC: The ability to aerial refuel a 27-aircraft strike package means China now possesses the ability to project power further into the first and second island chains in the Pacific and South China Sea.  China is preparing the PLA to force-repatriate the island nation of Taiwan and threaten the disputed territorial waters around the Senkaku Islands. The ability to aerial refuel manned strike aircraft rounds out the military capabilities required to achieve those objectives. Conflict in the Pacific and South China Sea between China and the U.S. will disrupt supply chains in the U.S. and produce shortages of consumer goods, including high-end microchips produced primarily by Taiwan. – M.M.)

PENTAGON: The Pentagon completed its Global Posture Review with minor changes in troop disbursement. While the report itself is classified, the Pentagon released a few key details such as lifting the 25,000 “boots on ground” limits in Germany, and improving military construction and infrastructure in the Indo-Pacific region. The review recommends continuing multilateral Pacific exercises to improve partner nation interoperability, without explicitly naming China as the reason. The Pentagon uses this review to shape the President’s National Defense Strategy, Nuclear Posture Review, and project future financial requirements. (AC: Pentagon officials engage with allies, politicians, and lawmakers in classified settings to formalize these posture changes. Full implementation of the review should take 2-3 years. The removal of self-imposed troop limits required German approval, indicating they would like an expanded U.S. footprint to deter conflict in Europe. Indo-Pacific expansion will receive pushback from Beijing, who already militarized the Spratly Islands near the Philippines. – D.M.)

REDISTRICTING: New research shows that the GOP is making clear defensive gains in the redistricting process and shoring up solid voting districts that the party can carry into the next decade. In North Carolina, for instance, the voting population is roughly 50/50, but Republicans could end up controlling 11 of its 14 voting districts. Republicans control a majority of state legislatures and in most cases control the entire redistricting process, just as Democrats do in states where they have the majority. (AC: GOP gains in redistricting are likely to fuel a sense of urgency among Democrats to pass so-called voter protection bills, such as the Freedom to Vote Act or the John Lewis Voting Rights Advancement Act, both of which seek to expand voter rolls and voting opportunities. – M.S.) (This also presents a unique opportunity for Democrats to push for nationalizing the redistricting process as part of a broader effort to consolidate election control at the federal level. Passage of the John Lewis Voting Rights Act would open the door to accusations of voter suppression in redistricting efforts, ushering in federal control of the process. – D.M.) 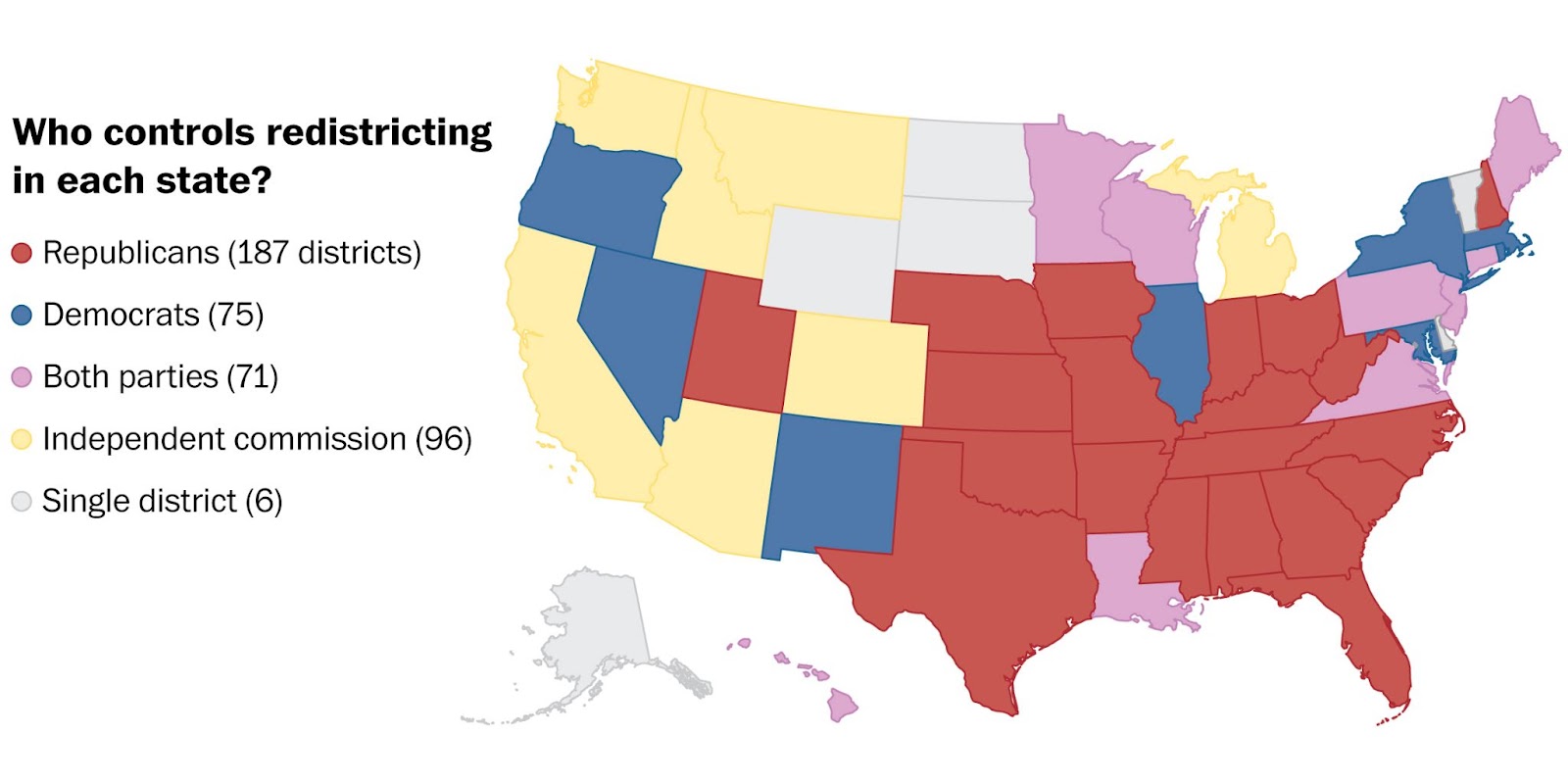 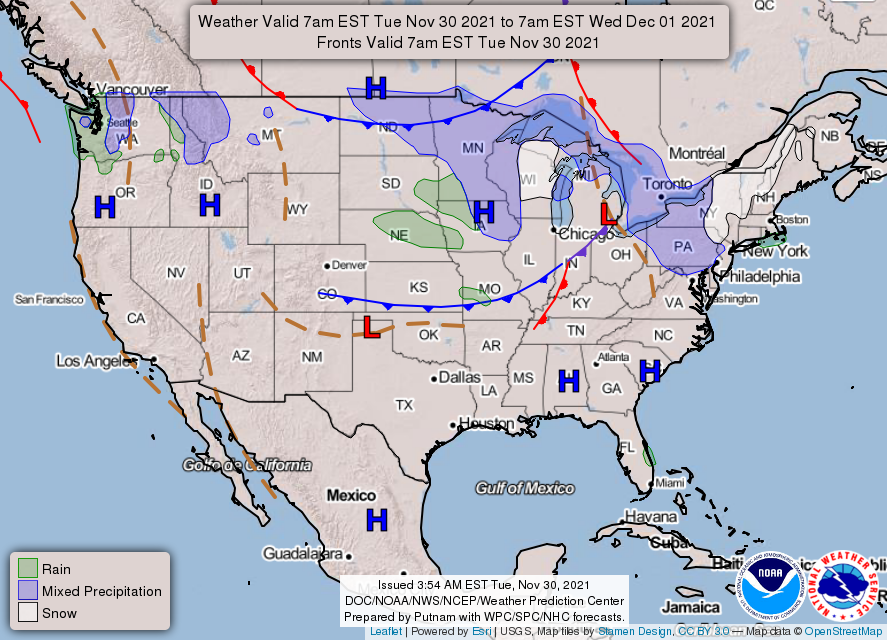