Good morning. Here’s your Daily Situational Awareness for Monday, 13 December 2021. You can receive this daily briefing by signing up at https://forwardobserver.com/daily-sa

TAIWAN WARNS OF CHINESE INVASION: A new report from the Taiwanese Ministry of Defense assesses that China would likely use one of its frequent joint exercises to launch a full scale invasion of Taiwan before 2025. The defense minister also reported that Taiwan has hardened its defenses of ports and airfields that China would need to facilitate an invasion. (AC: The Defense Policy Board is scheduled to hold a classified meeting this week to discuss Chinese military modernization, updates to the National Defense Strategy, and to “red team” a conflict with China. – M.S.)

HOUSE, SENATE TO RAISE DEBT LIMIT: The Senate is set to take up a measure this week that will raise the debt limit and prevent the U.S. from defaulting on over $29 trillion in loans. Congress is expected to raise the debt cap to over $30 trillion in order to avoid repeating debt limit legislation prior to next year’s midterm elections.

FED & TREASURY ACTIVITIES: The Federal Reserve will wrap up its December meeting on Wednesday as they work to finalize policy on raising interest rates and tapering monthly asset purchases. Meanwhile, Treasury Secretary Janet Yellen is reportedly facing pressure from the Biden administration to better use fiscal policy to combat climate change. “We’re not an environmental agency, but we can play and are trying to play a very significant role in contributing to our country and the globe in addressing this,” Yellen told reporters. Treasury officials are set to publish a report on how major banks can do more on “climate risk,” while earlier this year, Treasury created a “Climate Hub” office to explore “1) climate transition finance, 2) climate-related economic and tax policy, and 3) climate-related financial risks.” 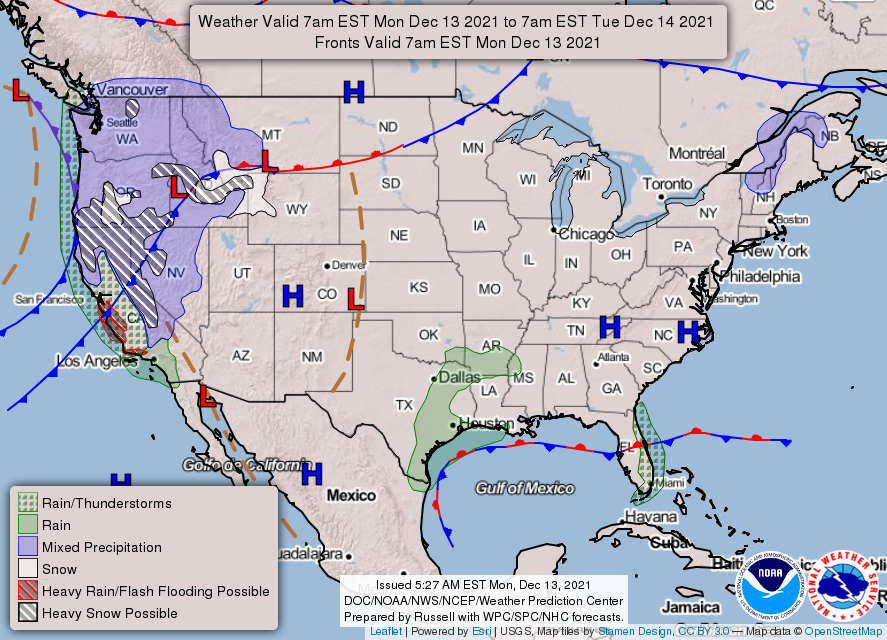