Good morning. Here’s your Daily Situational Awareness briefing for Monday, 02 August 2021. You can receive this daily intel brief by signing up at https://forwardobserver.com/daily-sa

EVICTIONS: The federal eviction moratorium expired at the end of July. The Supreme Court appears disinterested in supporting an emergency extension as Justice Kavanaugh noted, “In my view, clear and specific congressional authorization (via new legislation) would be necessary for the CDC to extend the moratorium past July 31.” Since Congress took no legislative action, instead deferring to the Executive Branch for a new mandate. This is expected to impact cities without broad tenant protection rules while anti-eviction protests are likely to gain newfound momentum. (Analyst Comment: The prospect of new lockdowns or restrictions due to variants could spur state-level or local action to prevent evictions but homelessness and near-homelessness numbers are expected to rise in August. – D.M.)

INFRASTRUCTURE: The Senate released the text of the new $1.2 trillion infrastructure bill Sunday evening. The formal floor debate and amendment process starts this week as Majority Leader Schumer (D-NY) aims to pass the measure before the August recess. Several Republicans have signaled support for the measure but it will likely fall short of the 60-vote margin required. The spending measure is a companion bill to the $3.5 trillion House plan, which Speaker Pelosi (D-CA) considers all but certain for passage in Congress. (AC: Democrats appeared to lose momentum over Spring and early Summer but the current efforts show party leadership less concerned with midterm victories in favor of long-term shaping efforts. – D.M.)

NUKES: U.S. Strategic Command confirmed photos of new nuclear missile silos in Xinjiang, China. In a tweet the agency said, “This is the second time in two months the public has discovered what we have been saying all along about the growing threat the world faces and the veil of secrecy that surrounds it.” Defense officials have warned for months the Chinese military is rapidly restructuring its nuclear missile capabilities. These are complemented by nearby anti-satellite facilities and reeducation camps nearby, likely supplying the labor for silo construction. (AC: The Defense community for decades has overstated China’s nuclear modernization and procurement but the recent surge in materiel spending by the communists cannot be ignored. -D.M.) 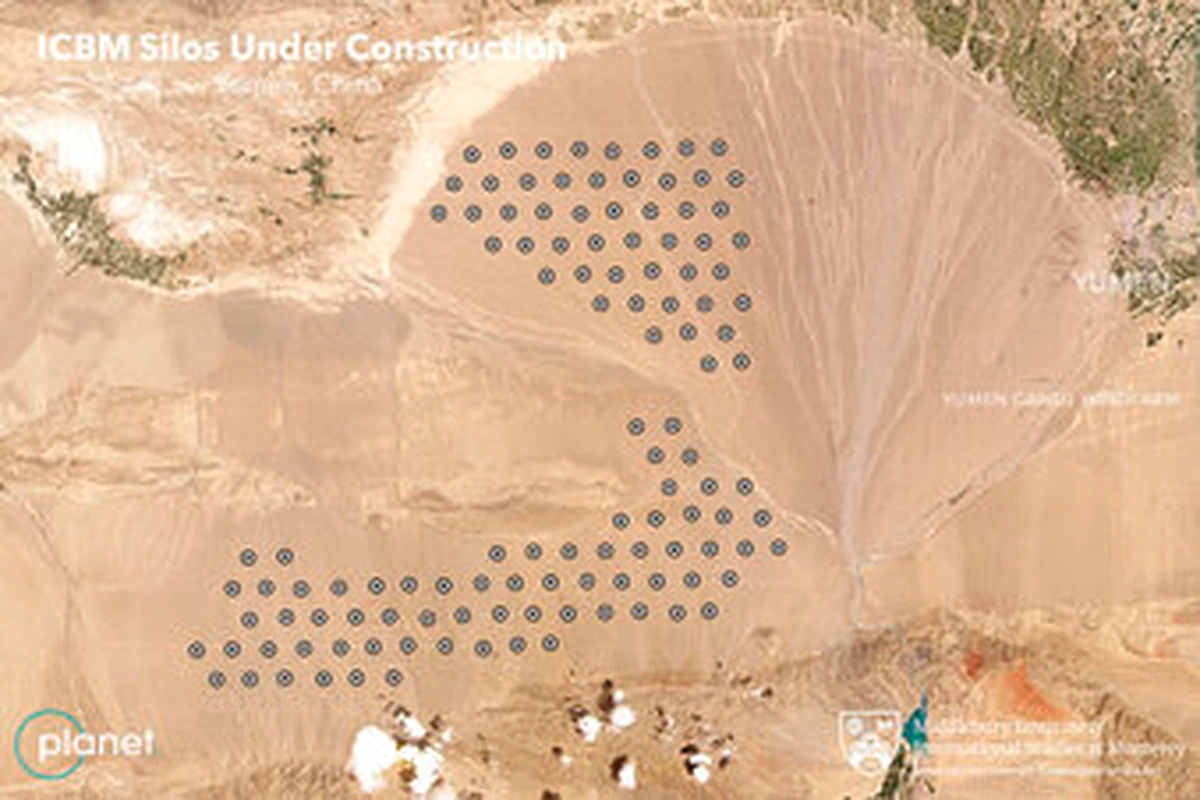 TANKER: Suicide drones from Iran killed two crewmembers on an Israeli-linked tanker off the coast of Oman. The U.S. Navy sent two vessels in the area to respond after distress calls went out. A U.S. military official said, “The primary users of explosive drones in the region are Iran and its proxies…As such, they are potentially responsible.” Israel is expected to respond with a kinetic strike against Iran with the public support of the U.S. and U.K. (AC: These smaller proxy-fights stand to escalate as Israel consistently responds to aggression unlike  the 2019 drone attack on Saudi Arabian oil facilities. Escalation risks fomenting new anti-Israel protests in U.S. cities. – D.M.)

SUMMER BREAK: The House of Representatives is taking their August recess. They will not return to session until late September; with only one day of markups scheduled for the 2022 National Defense Authorization Act, no mention of infrastructure bills or increasing the debt limit. The Treasury Department is set to begin “emergency cash-conservation steps” to continue paying federal bills without increasing the national debt. (AC: The kick-the-can nature of legislating may not work this time as there are only 9 work days between the House return and fiscal year changeovers, a government “shutdown” will likely accelerate Far Left spending priorities.- D.M.)