Good morning. Here’s your Daily Situational Awareness for Thursday, 04 November 2021. You can receive this daily briefing by signing up at https://forwardobserver.com/daily-sa

CHINA: The Pentagon released its annual unclassified assessment of China’s military strength. The official release warned that “the [People’s Republic of China] is the only competitor capable of combining its economic, diplomatic, military, and technological power to mount a sustained challenge to a stable and open international system.” The Chinese modernization efforts are expected to be “basically complete” by 2035, but the People’s Liberation Army is developing multi-domain communications networks for “intelligentized warfare.” The current assessment is that China’s ultimate goal is capturing Taiwan but their military lacks parity with the coalition of nations likely to join the conflict. (Analyst Comment: The Pentagon’s assessment is sobering and casts China as a continued concern but one that can be rectified using alliances, diplomacy, and economic influence before full-scale conflict arises. The document compares Chinese and Taiwanese force numbers, indicating that without U.S. or Western intervention, Taiwan is likely going back to Chinese control. Whether or not the U.S. and its allies have the fortitude to prevent that is doubtful. – D.M.)

OSHA MANDATE: The Occupational Safety and Health Administration (OSHA) released their long-awaited medical mandate rules. Companies with more than 100 employees have until 04 January 2022 to confirm the vaccination status of workers or provide a negative test weekly. Businesses have until 04 December 2021 to institute mask wearing mandates and paid time off to comply with the new rules. An estimated 84 million people may be subjected to this new requirement. Twenty states attorneys general filed lawsuits over the federal contractor mandates and updated lawsuits are expected following the OSHA rule release. – D.M.

QUANTUM NAVIGATION: A research team at Sandia National Laboratory developed a “quantum sensor” to replace the Global Positioning System (GPS). Operating in secret for the past 18 months, the lab uses a process to suspend atomic particles in simultaneous states of “moving and still” to measure distance with more accuracy than GPS. A scientist from the project said, “These inertial sensors can be used wherever there is a need for position or navigational information, and where a GPS outage is unacceptable or GPS is unavailable.” (AC: The Pentagon and Congress are prioritizing survivable positioning, navigation, and timing systems as the satellites operating GPS are likely to be destroyed or rendered inoperable during a high-end conflict. Sandia’s scientists see future commercial applications for the quantum navigation technology, but for now the Pentagon wants to rapidly field this technology for ships, submarines, aircraft, spacecraft and ground forces. – D.M.)

DISINFORMATION: The “Groove” ransomware group was recently outed as running a long-term disinformation campaign designed to confuse and discredit Western cybersecurity professionals and media entities. One such report on Groove stated, “[McAfee] believes, with high confidence, that the Groove gang is a former affiliate or subgroup of the Babuk gang…Thus, an affiliation with the BlackMatter gang is likely.” To gain notoriety, the ransomware group posted 500,000 login credentials for Fortinet VPN, but the virtual private network provider said the unpatched clients were several years old and likely no longer in use. The alleged founder of “Groove” said he created the entire story “to screw with the media and security industry.” (AC: State-affiliated and independent cyber actors routinely mock media and government efforts to disrupt or analyze their operations. This case introduces a new information warfare tactic in the ongoing cyber environment: deception operations. Given the frequency of “leaked credentials” stories, state-actors developed a unique accessibility to shape news, information, and cybersecurity posture while undermining the credibility of their targets. – D.M.) 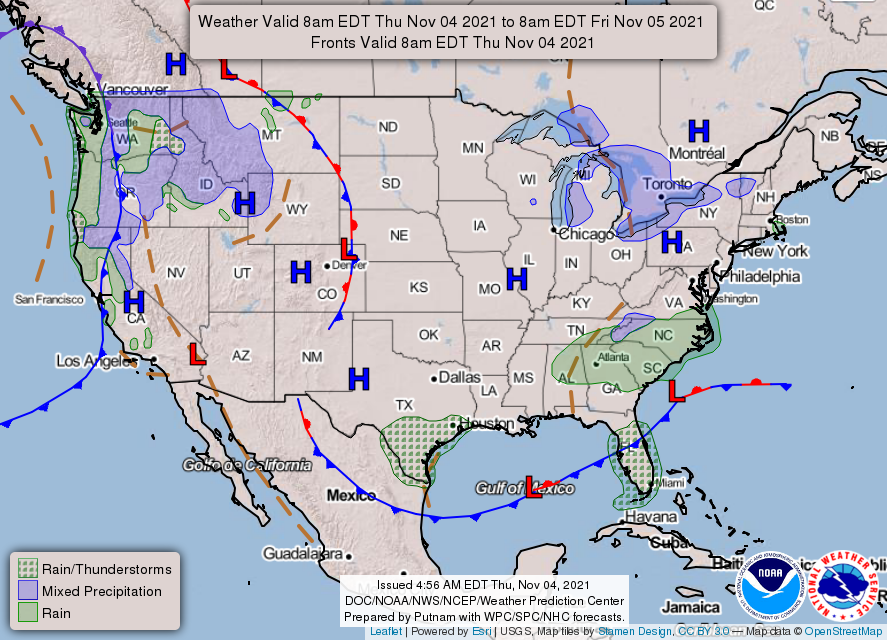 In today’s Early Warning, we cover rising energy costs and expectations for the future. Upgrade your Situational Awareness to Early Warning here: https://forwardobserver.com/subscribe