Good morning. Here’s your Daily Situational Awareness for Tuesday, 07 December 2021. You can receive this daily briefing by signing up at https://forwardobserver.com/daily-sa

JAPAN TO RESTART FIRST-STRIKE OPTION: Japan’s prime minister Fumio Kishida decided to ramp up the nation’s defense posture with a first-strike capability for the Japanese Self-Defense Forces, the first since WWII. Fumio spoke before the national legislature and stated that a fundamental shift in defense strategy would be implemented within the next 12 months. This follows the approval of a record-high national defense budget of more than 6 trillion yen (the equivalent of $53 billion). Japan plans to field land attack and anti-ship missile systems that could reach deep into Chinese and Russian territory. (Analyst Comment: Japan is concerned with an expansionist China, which claims the rights to Japan’s Senkaku island chain, as well as new Russian deployments of mobile SS-N-26 anti-ship and land-attack cruise missiles on the Kuril Islands just north of the Japanese island of Hokkaido. In November, China and Russia conducted a joint naval training exercise culminating in a large ten ship formation circling Japan and transiting Japan’s narrow Tsugaru straits. Along with the US, Australia, and India, Japan is a member of the QUAD security alliance and its new defense posture is in line with QUAD preparations for a future conflict with China.- M.M.)

MICROSOFT HITS CHINESE HACKERS: Microsoft reported on Monday that it seized 42 websites operated by a Chinese hacking collective. The websites, allegedly under the control of the hacking group “Nickel,” also known as APT-15, were used to distribute sophisticated malware throughout Western governments, think tanks, and academic networks. The malware reportedly exfiltrated sensitive data to Chinese controllers likely associated with the Chinese government. (AC: U.S. intelligence agencies continue to warn that China is one of the most prolific cyber threats in the world today. In July of this year, the Biden administration accused the Chinese government of responsibility for a massive hack of Microsoft Exchange server email systems, which compromised a significant number of U.S. and Western government networks. The Chinese have officially denied any complicity in the hack. Nation-state hacking is and will continue to be a major intelligence collection tool used by almost every moderately-resourced government. – M.M.)

UKRAINE: President Biden held a conference call with European leaders prior to this morning’s teleconference with Vladimir Putin. France, Italy, Germany, and the UK concurred with Biden, continued diplomacy and a return to the Minsk Agreements are the best outcomes. Meanwhile, Russian officials continue escalating rhetoric by claiming various international incidents like commercial flight interference, and that NATO troops in Ukraine and financial sanctions are an act of war. Russia’s spokesman Dmitry Peskov said Putin will not offer the U.S. a seat at the negotiating table in the Normandy format, keeping Germany and France in the lead for any peace talks. (AC: The uptick in propaganda, false stories, and duplicitous public statements is typical of Russian behavior prior to a renewed conflict. Without a substantial change in posture, Ukraine appears headed for renewed fighting with probable involvement by the Baltics and NATO members. Sanctioning SWIFT access is unlikely to deter Russia, but may result in renewed cyber attacks against the West. Germany remains a compromised negotiator and is leveraged by Russia against the rest of Europe. – D.M.)

GLOBAL FERTILIZER SHORTAGE: The world is on the verge of a crisis that could cause severe food shortages, skyrocketing food prices and transportation costs. Building on previous DailySA reporting, there’s currently a worldwide shortage of the chemical urea, which is a key ingredient in fertilizer and a primary component of AdBlue – a chemical used in diesel engines to mitigate harmful pollutants in engine exhaust. Countries continue panic buying urea after China and Russia, the world’s largest exporters of urea, restricted its export last month in order to increase its domestic supply. (AC: Urea shortages could have the double-impact of driving up food prices and transportation costs associated with food distribution – a potentially critical supply-chain fracture with a global impact.- M.M.) 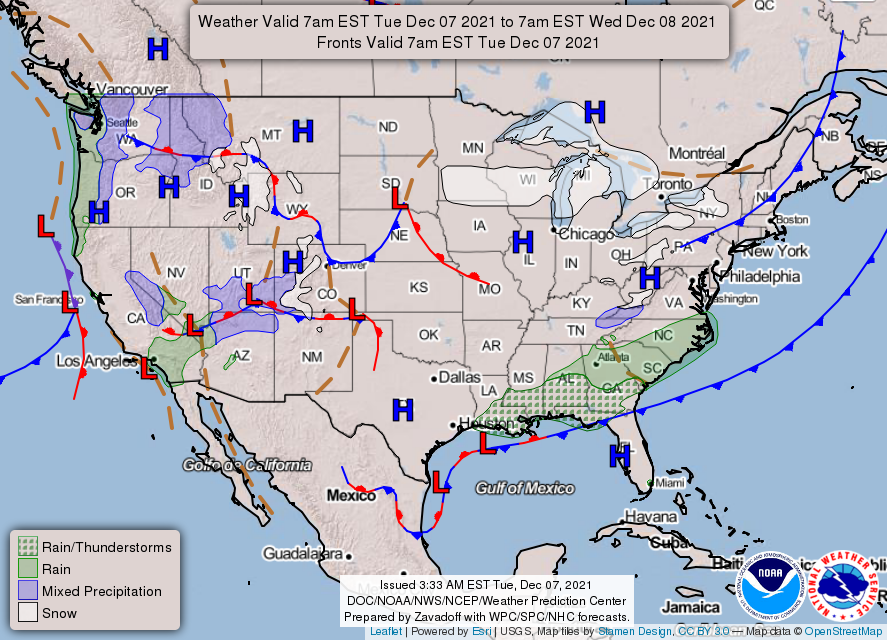