Good morning. Here’s your Daily Situational Awareness for Friday, 19 November 2021. You can receive this daily briefing by signing up at https://forwardobserver.com/daily-sa

FOOD SHORTAGE: Several meat processors are warning that vaccine mandates will lead to critical supply shortages for beef, pork, and poultry products. According to one processing employee, an estimated 25-35% of the meat production workforce faces losing their jobs over noncompliance with the vaccine mandate. This may also affect some USDA plant inspectors, which could lead to plant closures for those lacking inspection. (Analyst Comment: Losing a substantial portion of the meat production workforce could lead to meat shortages nationwide, if the 04 January vaccine mandate is enforced. Despite a court issuing a stay against the OSHA mandate, White House officials said that “nothing has changed” with their planned enforcement. This issue could head to the Supreme Court, but wouldn’t be decided before the 04 January mandate. As we’ve been saying since last year, mitigate your risk by finding a local provider of meat. – M.S.)

FIFTH COLUMN:  A Russian-backed nongovernmental organization called the Coordinating Council of Russian Compatriots of the U.S. (KSORS) ceased U.S. espionage operations following pressure from FBI investigators. Russian Foreign Ministry Maria Zakharova said, “[KSORS] suspended its public work in connection with the harsh and unprecedented pressure of the American special services in violation of the legitimate rights of the Russian diaspora to preserve the national cultural identity and freely maintain ties within the diaspora and with Russia.” Sometime after 2014, Russian intelligence officials likely converted the KSORS cultural program to use as a front organization for running a “Fifth Column” espionage ring inside the United States. (AC: The FBI investigation began last summer and quietly examined the financial relationships and support for KSORS. Foreign-backed organizations can be used as an intelligence or influence tool targeting diasporas, sympathetic political actors, media outlets, and communities. – D.M.)

ALTERNATE PORTS: Container ships in the ports of Los Angeles and Long Beach (LA-LB) have started to reroute destination ports to other areas around the country. The relocation of these container ships has dropped the number of vessels anchored off the coast of California back down to pre-COVID levels, with roughly 5.4 container ships arriving per day during the past two weeks, November 1st through November 17th. (AC: This transition will significantly increase the number of containers that are making it onshore for transportation. The trucking industry continues to experience a shortage of labor, particularly in California. Ships that are rerouting to different states will likely have their containers shipped to end-use customers faster than those that are staying in California. Once the backlog of ships in LA-LB has been significantly reduced, there will once again be an influx of traffic into those ports. -T.W.)

MARITIME MILITIA: Approximately 300 Chinese maritime militia vessels are operating in the Spratly Islands in the South China Sea. The Center for Strategic and International Studies (CSIS) report that “the militia, as currently constituted in the South China Sea, operates from a string of 10 ports in China’s Guangdong and Hainan provinces. Remote sensing data indicates that roughly 300 militia vessels are operating in the Spratly Islands on any given day.” In the past, operations have included interfering with fishing vessels, seabed exploitation, and the ramming of other vessels. (AC: South China Sea Studies officials say the group is not a militia, instead just a group of fishermen who act based on whatever the Chinese government tells them to. One of the officials, Chen Xiangmiao, says the report from the US State Department-funded CSIS is unfair to the fisherman, and Beijing continues to object that any militia is harassing foreign military activity. – T.W.) 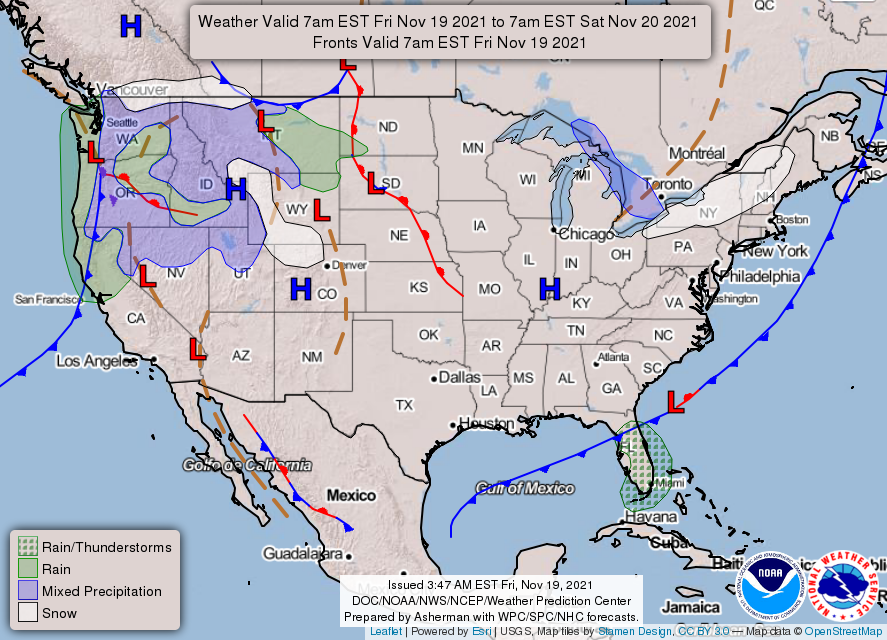 In today’s Early Warning, the team looks at the threat of nuclear war in the Middle East . Upgrade your Situational Awareness to Early Warning here: https://forwardobserver.com/subscribe