Good morning. Here’s your Daily Situational Awareness for Monday, 22 November 2021. You can receive this daily briefing by signing up at https://forwardobserver.com/daily-sa

ADMIN NOTE: The Forward Observer team will not be producing a report on Thursday, 25 November in observance of Thanksgiving Day. On Friday, 26 November, we will produce an Early Warning report for subscribers, but no Daily SA. On behalf of the team, we hope you have a great week of Thanksgiving. – M.S.

CHINA: Current and former diplomats and military leaders met at the Halifax International Security Conference this weekend. While the meeting broached several topics, two important themes emerged. First, NATO military leaders said that European nations need to develop capabilities similar to those of the United States in order to deter Russia, so that the U.S. can “do more in the Indo-Pacific” against China. Second, American allies expressed concern over U.S. willingness to combat Russia and China, given ongoing political gridlock. (AC: A large part of China’s strategic messaging to Taiwan, the Philippines, Europe — and really the entire world — is that the United States can’t be counted on as a security partner. Numerous statements from senior Chinese leaders have cast doubt on U.S. resolve, citing deep internal division. But political differences aren’t the basis for questioning U.S. resolve. The unwillingness of elected officials to do more to combat Chinese information operations, bribery, and coercion inside the United States is the real culprit. As long as China is able to bully and buy influence over American politicians, China will continue to maintain a strategic advantage over the United States. That blame lies first with the Biden administration. – M.S.)

FED WATCH: The Biden administration is preparing to announce that Jerome Powell has been nominated for a second term at the Federal Reserve. Powell’s first term is up in February 2022. Some Fed watchers were awaiting the nomination of Lael Brainard, who currently serves on the Fed’s board of governors. Brainard will be nominated for Fed Vice Chair. (AC: The Biden administration needs stability at the Fed, which may be the reasoning behind keeping Powell instead of nominating Brainard. Powell’s second term will end in 2026, unless he’s removed before then. As Vice Chair, Brainard is set up to be nominated to Fed chair after Powell, and can be expected to bring a much more progressive stance on using monetary policy for political goals, such as economic justice and climate change. If nominated, Brainard may also adopt Modern Monetary Theory, or MMT, as official policy. For a breakdown of MMT and Biden’s ties to it, see our 14 January 2021 issue of Early Warning, which subscribers can read here: https://forwardobserver.com/economic-warning-for-14-january-2021/ – M.S.)

PROTESTS: Westerners staged numerous anti-mandate and lockdown protests over the weekend in Australia, Austria, Belgium, England, Ireland, Italy, the Netherlands, Norway, Slovakia, and the United States. Video showed violent clashes with police during several of the protests. (AC: Most media outlets ignored the international protest phenomenon — except for the outlets that tarred the protests as an example of a global resurgence of fascism and white supremacy. Protest groups involved, however, warned that vax mandates and lockdowns were just another step towards greater government control over society. – M.S.)

TAIWAN: Taiwan’s air force recently commissioned its most advanced air force fighter squadron to boost the island’s defense against Chinese military threats. The new F-16V squadron consists of F-16A/Bs upgraded with the help of American manufacturer Lockheed Martin. (AC: The F-16V is considered one of the most advanced non-stealth fighters in service worldwide. The F-16V fleet will make Taiwan a much harder target, though China’s overwhelming number of advanced fighter/attack aircraft, such as the SU-30 and J-20, would likely prevail in an air war over Taiwan. At this stage in the China-U.S.-Taiwan situation, each nation will go to war with what it currently has. We are beyond the point of significantly influencing the outcome of a near-term conflict through development, acquisition and fielding of new technology and weapons systems. – M.M.) 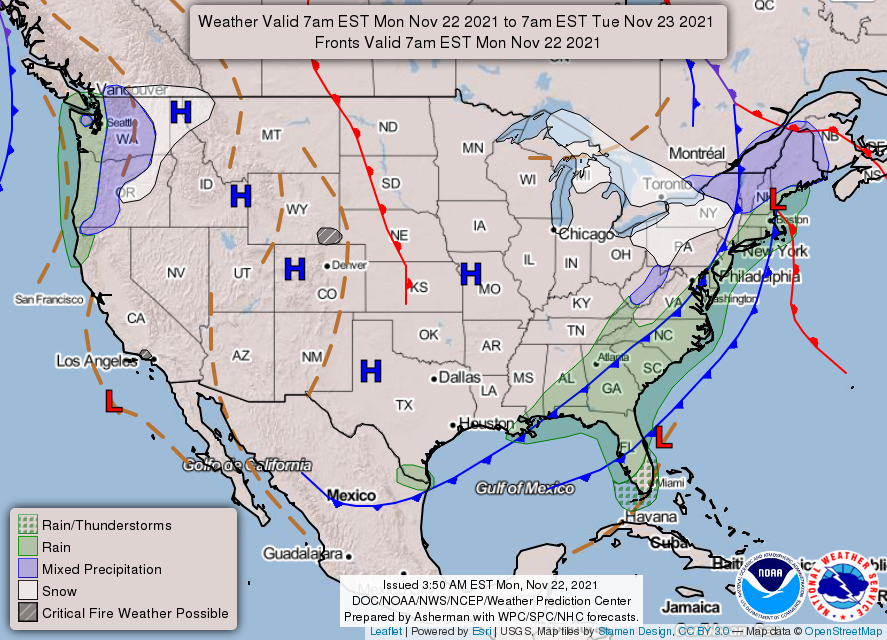