Good morning. Here’s your Daily Situational Awareness for Monday, 10 January 2022. You can receive this daily briefing by signing up at https://forwardobserver.com/daily-sa

CHINA BELT AND ROAD IN LATIN AMERICA: China recently completed a number of trade agreements with Latin American countries. On 25 December, Cuba signed onto China’s Belt and Road Initiative (B&RI). On 3 December CELAC (In English, Community of Latin American and Caribbean States) signed the CELAC-China Joint Plan of Action, a long list of economic and security arrangements between member states and China. By the end of 2021, 19 of the 33 countries that make up CELAC had signed on to China’s B&RI. China’s primary target with the B&RI appears to be electric power generation, with more than a dozen acquisition initiatives related to electric power generation facilities averaging more than $1 billion each. The Biden administration plans to counter China with its Build Back Better World initiative, or B3W. Though short on details, Washington believes it can leverage partnerships in diverse and transparent initiatives which provide stability and foster democratic values. (Analyst Comment: China is buying its way into Latin America with the B&RI and likely copious amounts of hard cash. Latin American countries will go where the money is and with the more serious geopolitical partner, as we recently observed with Nicaragua flipping its allegiance to China, expelling its Taiwan diplomatic delegation, and turning over the Taiwan embassy to China. – M.M.)

FAR LEFT’S ‘VOTING RIGHTS WEEK’: The Biden administration is focusing its domestic efforts on voting rights legislation. The stalled Senate voting rights bill is unable to pass without changing the filibuster rules. The unofficial deadline to pass voting reform is Martin Luther King Jr. Day as advocates claim inaction would make “a mockery of the holiday.” Sens. Manchin (D-WV) and Sinema (D-AZ) remain the Democratic holdouts, but Majority Leader Schumer indicated his willingness to use procedural rule changes and legislative negotiations to overcome their resistance. Heavy lobbying from major media outlets continues against Manchin and Sinema to vote for the federalization of the election system. (AC: Media organizations are doing the “heavy lifting” for Far Left politicians seeking to federalize elections. Private negotiations proved unsuccessful, so a public shaming of certain Democrats is the Far Left’s strategy. As the voting rights legislation continues to stall, expect an increased sense of desperation as Democrats attempt to modify federal voting rules to secure their power in Washington D.C. – D.M.)

ICE DETENTION RATES DROP: Detention rates for illegal immigrants have dropped by almost 10% from the previous month despite the historic surge across the border. Immigration and Customs Enforcement’s (ICE) Alternative to Detention program has reported limited effectiveness with remote tracking technologies, such as ankle monitoring, with over 150,000 people in the program. Administration policies have limited detention rates even since the federal court directed the reinstatement of the “Remain in Mexico” policy. (AC: After the higher recorded encounters of illegal immigration in the Customs and Border Protection’s history during 2021, current policies by the Biden Administration for Department of Homeland Security indicate that trends will only increase this year. – D.F.)

CHINESE NATIONAL PLEADS GUILTY TO ECONOMIC ESPIONAGE: Xiang Haitou, a Chinese citizen, pleaded guilty on Thursday to conspiracy to commit economic espionage. Haitou was an employee of Monsanto from 2008 to 2017 and was accused of attempting to steal agricultural trade secrets for the Chinese government. Xiang was found to possess copies of a proprietary predictive algorithm developed by Monsanto as he was waiting to board a flight to China in June 2017. He will be sentenced in April and faces 15 years in prison. (AC: This is another example of Chinese espionage operations conducted by non-official agents of the Chinese government. China acquires U.S. intellectual property to reduce research and development costs in areas of national interest. – M.M.) 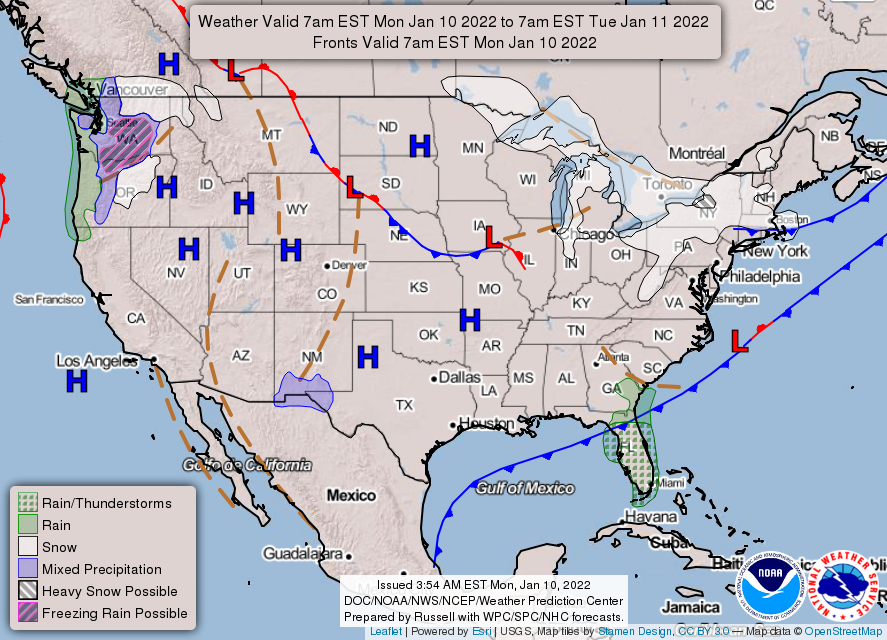