Good morning. Here’s your Daily Situational Awareness for Friday, 11 March 2022. You can receive this daily briefing by signing up at https://forwardobserver.com/daily-sa

MEXICAN “COUP”: In a news conference yesterday, Mexican President Andres Manual Lopez Obrador accused the media of fomenting a “soft coup” against him over a series of murders of journalists. “It’s a kind of coup. It’s no longer the traditional military coup, it’s a soft coup with the power of the media that generally controls public opinion,” AMLO said. Six journalists have been murdered so far this year, leading to international calls for the government to do more to protect journalists. (Analyst Comment: AMLO characterized media personalities as being puppets for “conservative” elites who want to oust him from office. AMLO pledged to only serve one term and faces a voluntary recall referendum in April. Polls show AMLO’s popularity between 60-70%, so it’s unlikely he’ll be recalled. If he did step down, however, he would be replaced by another member of the left wing Morena party. – M.S.) 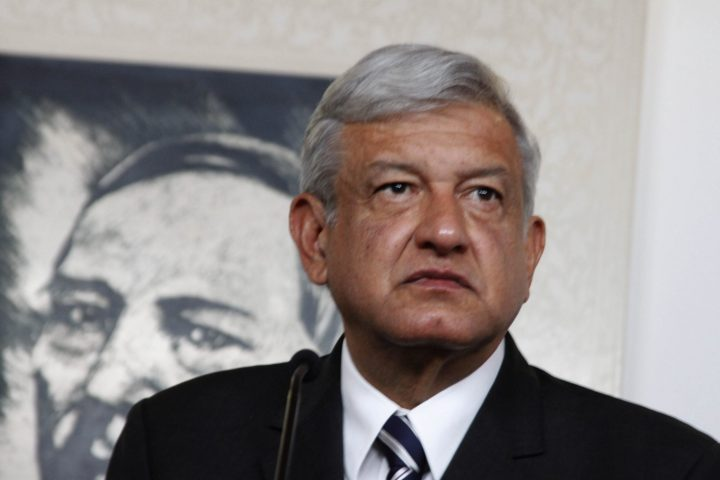 Mexican President Obrador accuses the media of waging a “coup” against him.

COAL PRICES TO CONTINUE RISING: Major economic firms are expecting the price of coal to rise to $500/ton, up from $366 this morning. The country produces roughly 22% of its electricity from coal. Natural gas provides another 38%, while natural gas prices are up 200% from 2020 lows. Price increases are likely to rise into next year, making this summer’s cooling and next winter’s heating bills more costly. (AC: This may also increase the cost of wood-burning stoves and fireplace installations as more Americans look to renewable resources to heat their homes. If you’ve been looking for that wood stove, probably beat the rush. – M.S.)

SOUTH KOREA ELECTS CONSERVATIVE LEADER: South Korea’s election of a conservative president is set to turn the country 180 degrees on both domestic policy and its foreign policy on China and North Korea. South Koreans elected conservative Yoon Suk-yeol in a narrow victory on Wednesday on promises of “housecleaning” to stamp out corruption and to reverse government social welfare policies. (AC: President-elect Yoon also ran on the growing South Korean antipathy for China. Yoon’s election will likely move South Korea closer to the U.S. and Japan, and an anticipated membership in the Indo-Pacific Quadrilateral Security Dialogue commonly referred to as the QUAD. South Korea is facing increasing sanctions from China over its participation in the U.S.-built THAAD missile defense program. This pressure from China as well as its appropriation of South Korean culture during ceremonies at the Beijing 2022 Olympic games has soured many South Koreans on China. – M.M.) COLOMBIA, A NON-NATO ALLY: The Biden administration plans to name Colombia as a “major non-NATO ally” during June’s Summit of the Americas, to be held in Los Angeles. (AC: Colombia is a long time regional security partner for the United States, especially as it received considerable US help to largely dismantle the terrorist group Revolutionary Armed Forces of Colombia, or FARC. Although a formal announcement is not scheduled until June, Colombia has a presidential election coming up in May. Right wing leader Ivan Duque is not eligible to run again, and a former member of the Marxist guerrilla group M-19 is currently leading the polls. A leftist president in Colombia, the third largest economy of South America, could bolster the region’s leftist power in Nicaragua, Venezuela, and most recently Peru. – M.S.)