Good morning. Here’s your Daily Situational Awareness for Monday, 25 April 2022. You can receive this daily briefing by signing up at https://forwardobserver.com/daily-sa

MEXICO CONCERNED U.S. ENDING TITLE 42: Mexican officials expressed concerns about the U.S. ending Title 42 authority for border removals. The order, set to expire May 23rd, is expected to bring an influx of migrants through Mexico. Since a court ordered reinstatement of the “Remain in Mexico” policy for asylum seekers, the influx will stretch Mexican capacity for those awaiting their turn. Mexican lawmaker Rosa Gonzalez said, “The flow of migrants we have now is already out of control.” The officials urged the Department of Homeland Security (DHS) to speed up the process for asylum requests. (Analyst Comment: The Mexican government established more migrant checkpoints to handle increased movement toward the U.S. border. The Biden Administration made the request after facing pressure from both political parties for the increasing surge at the border. – D.F.)

RUSSIA BLAMES HACKERS FOR NUCLEAR ALERT: Russian officials are blaming an unnamed hacking organization(s) for last week’s nuclear alert from the Ministry of Emergency Situations of the Russian Federation (Russian FEMA). Messages on its website and social media profiles warned of a “retaliatory nuclear strike from NATO countries.” (AC: The same message went out on multiple platforms, indicating this may not have been a hacking gang and more likely someone hit “publish” too early. – D.M.)

AUSTIN & BLINKEN VISIT UKRAINE: U.S. Secretaries of Defense and State visited Ukraine on Sunday. Their three-hour tour of the city and meeting with Ukrainian President Zelenskyy follows several other Western leaders visiting the country. President Biden has no plans to attend meetings in Ukraine while the war is ongoing. Secretary Austin said, “We want to see Ukraine remain a sovereign country…We want to see Russia weakened to the point where it can’t do things like invade Ukraine.” – D.M. 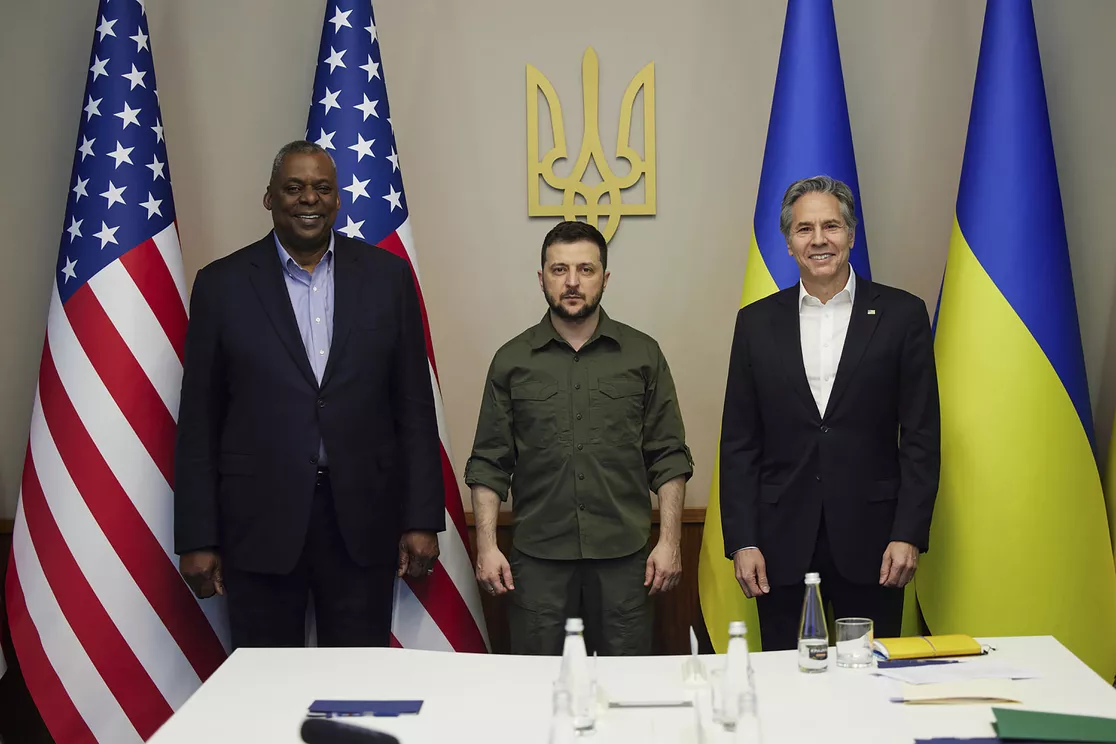 This week’s High Side briefings: